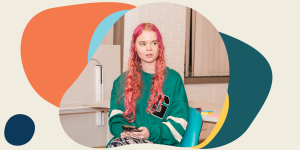 Challenging the stigma of sexual assault

This article in three points

The Hidden Voices project by the Eastern Community Legal Centre recently brought together eight people to share their powerful and inspiring stories to members of the public in events around the Yarra Ranges.

Jade’s history of sexual assault began when she was 13 years old. Not only did she experience significant mental trauma and physical impacts, but it also impacted her relationships with other people as she grew up.

She would ignore other instances of assault because they were behaviours that she believed to be normal. This continued after she turned 18, where she experienced further instances of rape.

For Jade, telling her story to a group of strangers gives her an enormous sense of power over her experiences and those who raped her.

She gets to take control of her story and use it to help educate others about consent and overcoming trauma.

While it has been a long journey for Jade, involving counselling and other mental health support, she is now eager to keep having the conversation.

“It was a slow process at first and I found it hard to talk about my trauma. It was only through working with a therapist that I started to feel a positive effect when discussing what I had experienced.”

“The first time I spoke about it at Hidden Voices was really empowering. It was the first time I’d ever talked publicly, and to strangers, about my life.”

“My journey is also happening at the same time as Grace Tame and the #MeToo movement creating really important public discussions about their experiences with sexual assault. It’s all based around having the courage and determination to talk openly about sexual assault – and for other people to have to courage and compassion to want to listen and reflect.”

“The discussions that we are seeing shows how big a problem sexual assault is and how much it occurs. It truly helps people in our community to hear that others have had similar experiences.”

“I find that people want to respond to these kinds of discussions in a range of ways and that’s the really powerful thing about it. The more people that speak up about it, the more discussion it creates and influences more people to speak up. That has the biggest effect on breaking the stigma around sexual assault.”

Jade says it’s really important to have safe spaces for people to tell their story. The Hidden Voices project did a lot of work behind the scenes to make sure that the people telling their stories at the sessions felt safe and supported.

“Being able to talk about your experiences gives you ownership and control over your own story. Sexual assault is about taking power and control away from you, so a big part of the recovery process is finding ways to reclaim control.”

“Being able to tell my story is a great way of finding my own source of power. Knowing that I am helping others to navigate their own experiences or helping to normalise these discussions in our community makes me feel even more powerful.”

Now that the Hidden Voices project is wrapping up, Jade hopes to keep the discussion going.

She is currently studying to be a counsellor, so that she can help others who have experienced similar trauma in their lives.

She is also keen to work with schools to educate young people about sexual assault and consent.

“I really want to speak to young people and share my story. When I was young, I had no idea about consent, or what it looked like in practice.”

“I didn’t realise at the time that I was being sexually assaulted, because I didn’t understand consent. It’s not just a yes or no, and a lot of young people are not clear on it.”

“I believe that having a young person with lived-experience delivering education and information to other young people would have a really beneficial impact on their understanding of consent, and further reduce the stigma that sexual assault survivors experience.”

If this article has caused any distress, please consider getting in touch with the following:

For free and confidential legal advice:

You can also view the Original story here
Go To Top